It was my privilege to capture many of the special moments from this precious couple’s weddings. James and Brenna are a charismatic couple that share a powerful chemistry. Their beautiful relationship has blossomed over the 7 years they’ve known one another, and it was such a treat to see them solidify their bonds in front of their closest family and friends.

James and Brenna began their relationship as great friends. The two fell in love, and Brenna carried on with her dream of living overseas. During her time living in Australia, she realized that she terribly missed her best friend – and James felt exactly the same way. James left Vancouver to be with Brenna in Australia, and to date, the couple has been to 12 countries together. He proposed to Brenna in Malaysia against a romantic sunset sky, and now, the couple has returned to Vancouver to begin their lives as newlyweds.

The two chose to have their wedding at Science World in British Columbia on August 1, 2015. Science World attracts people from all over the world for its magnificent architecture and beautiful backdrops. This amazing scenery in combination with this lovely couple yielded breathtaking photographs.

Michele Davidson, of Modern Celebrant, was the officiant for the day’s events, and she helped the couple craft one of the most intimate weddings I’ve experienced. While the ceremony was carefully crafted to include ceremonies to honour each family, the wedding was so incredibly touching. The dedication that James and Brenna have towards each other and their loved ones was reflected in every second of the ceremony.

The ceremony began with the entrance of the wedding party before guests stood to greet the bride. During the first portion of their wedding, James and Brenna held a Hindu ceremony to celebrate Brenna’s culture. Sitting beneath the ceremonial Mandap, the two expressed their love and commitment towards one another, as well as to their families. The flowers of the Mandap represented beauty and joy, while the grains were a symbol of the sustenance needed for life. Fire symbolized the God of Fire, a blessing to the union that offers warmth. The Mandap was constructed with four pillars to represent the parents, who have guided their children. As James and Brenna sat beneath the Mandap, the pillars also represented the guidance that their parents will continue to provide.

This Hindu ceremony was a very passionate moment that involved the parents, who asked for James and Brenna to have a blessed, peaceful, healthy marriage. The Mandap includes several intricately woven steps, including the garlanding, Kanyadaan, Hasta Melap, offerings, the four parts of the circling of fire, the Sapta Padi, Mangal Sutra, marking of the bride’s head, and blessing. Each of these are designed to bring together the couple, as well as their families, in sacred union.

Next, Michele told the story of James and Brenna’s love for each other. Starting with their meeting 7 years ago, she told of the couple’s journey and travels, and she also took a moment to let everyone know that the ceremony wasn’t just for the couple – it was designed as an expression of their love for their families and friends.

Then, to celebrate James’ culture, the Filipino wedding tradition of the Sharing of the Coins. The couple used coins collected during their travels, marking this part of the ceremony with another personal touch.

Afterwards, the two declared their intentions for one another as husband and wife before saying their vows and exchanging rings. This was an extremely intimate and precious moment, and I was in awe to witness this couple, who had so carefully planned this day for so long, take this step into their future together.

The marriage register was then signed, and the couple was officially declared to be married before sharing a passionate kiss.

The day was a beautiful tribute to this couple’s future together, as well as to the dear relationships they’ve held with friends and family over the years. This dynamic couple worked so hard to make sure this day was one that each and every guest would feel a part of, and they truly exceeded their goals. It was such a special day! Congratulations, James and Brenna! 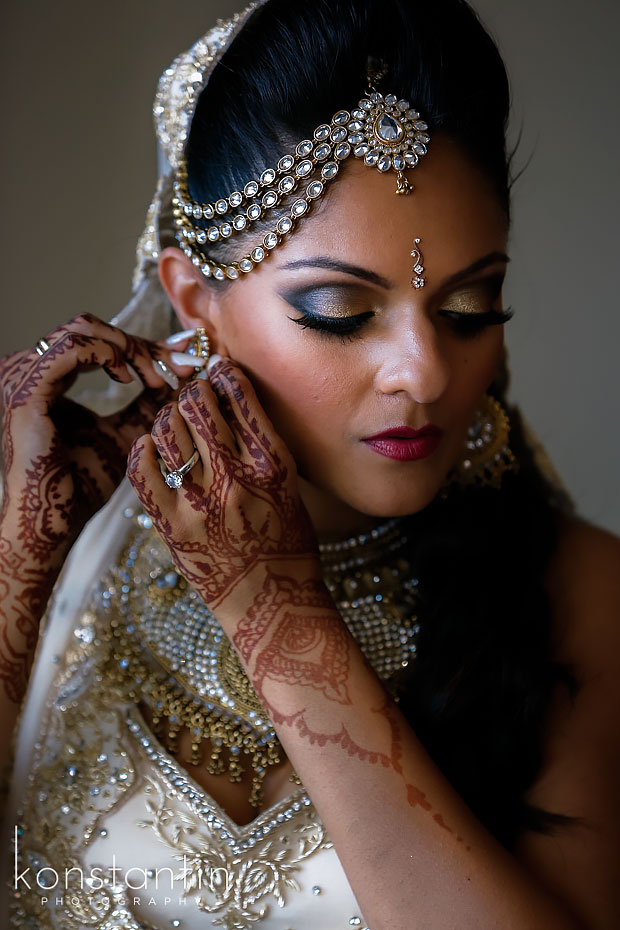 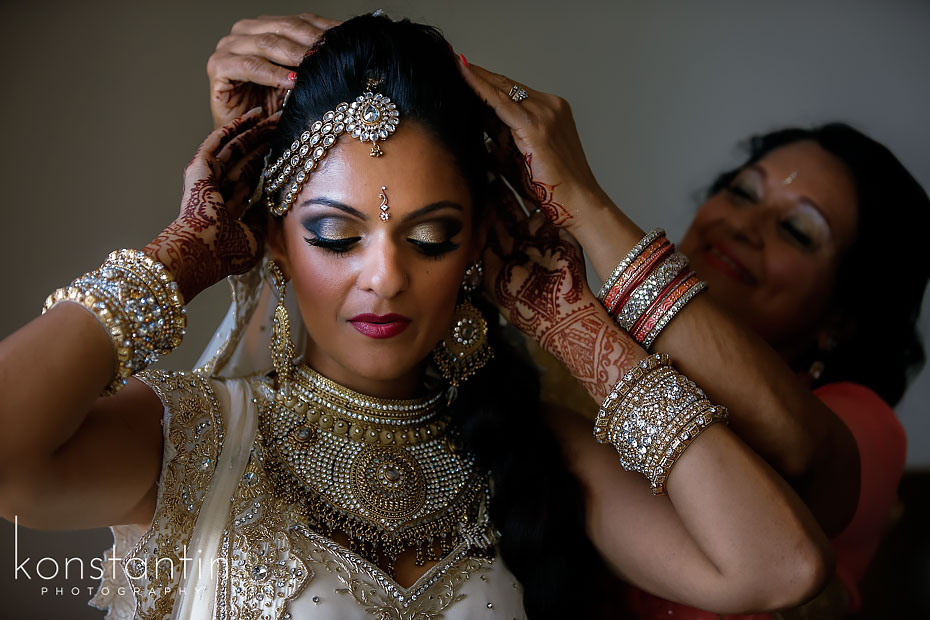 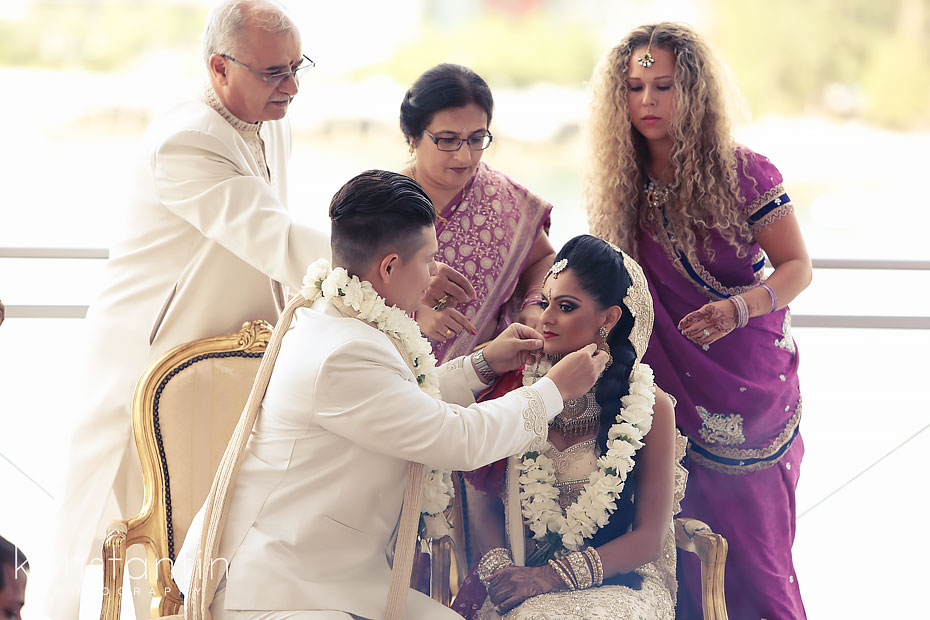 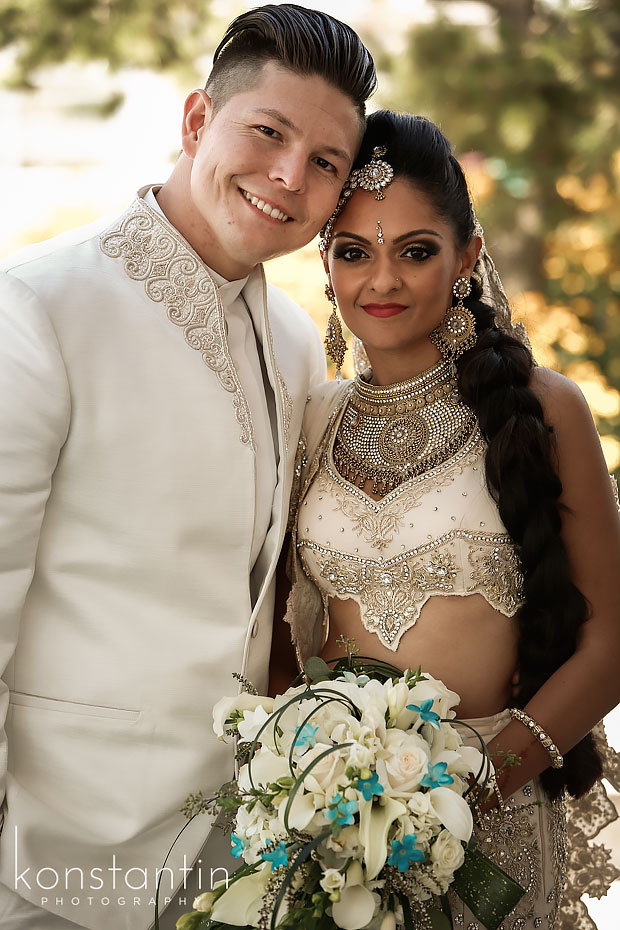 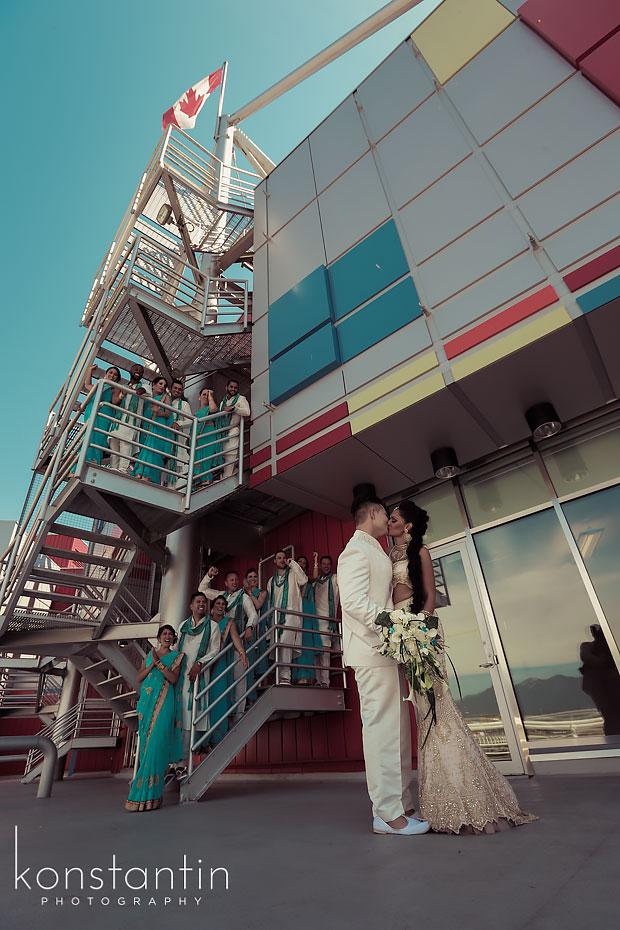 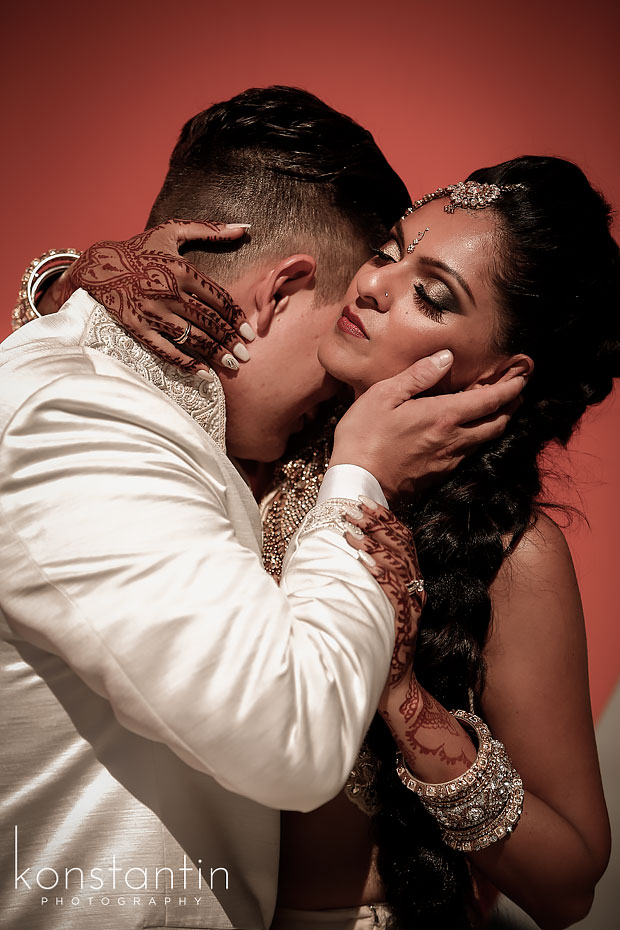 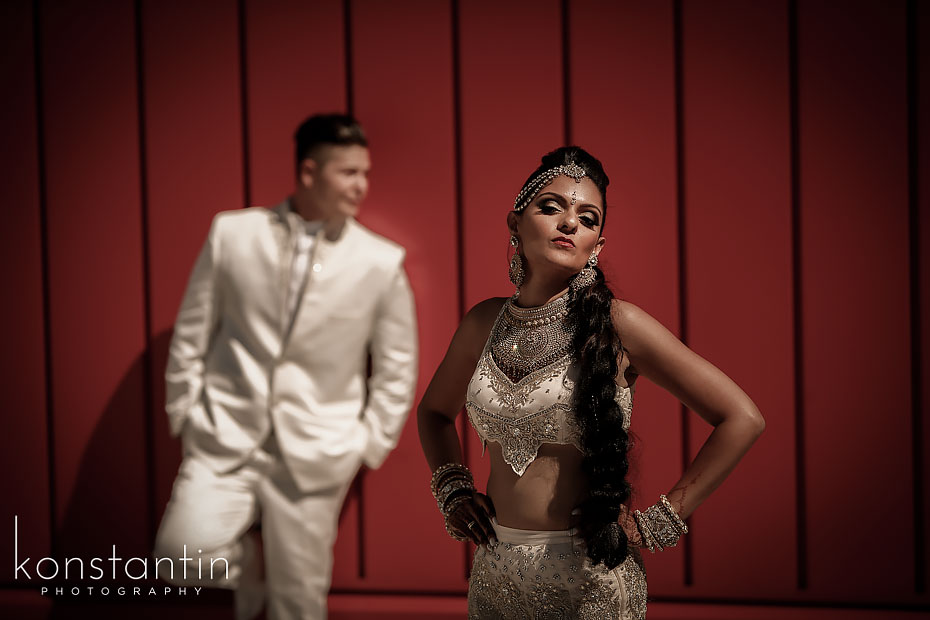 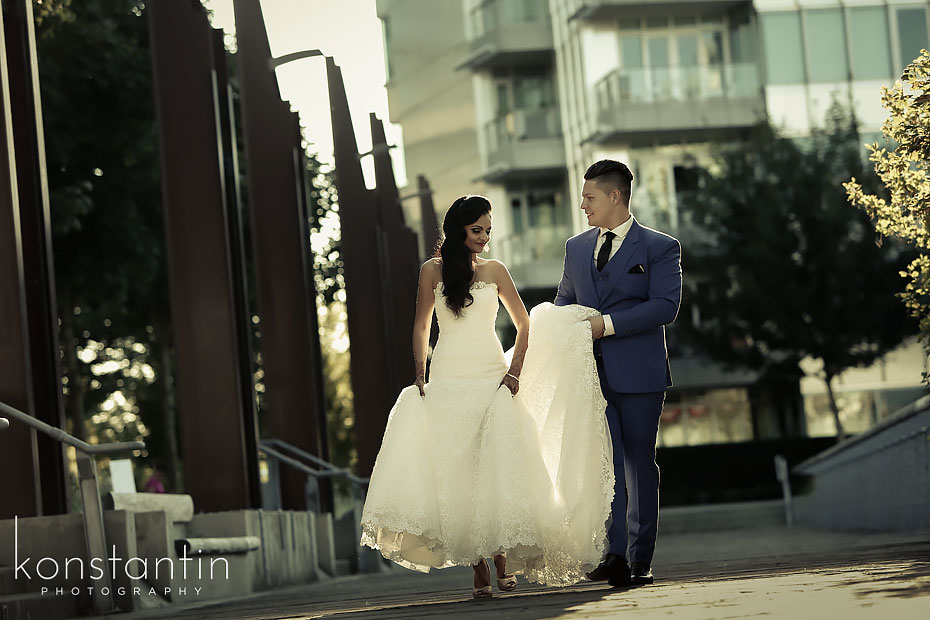 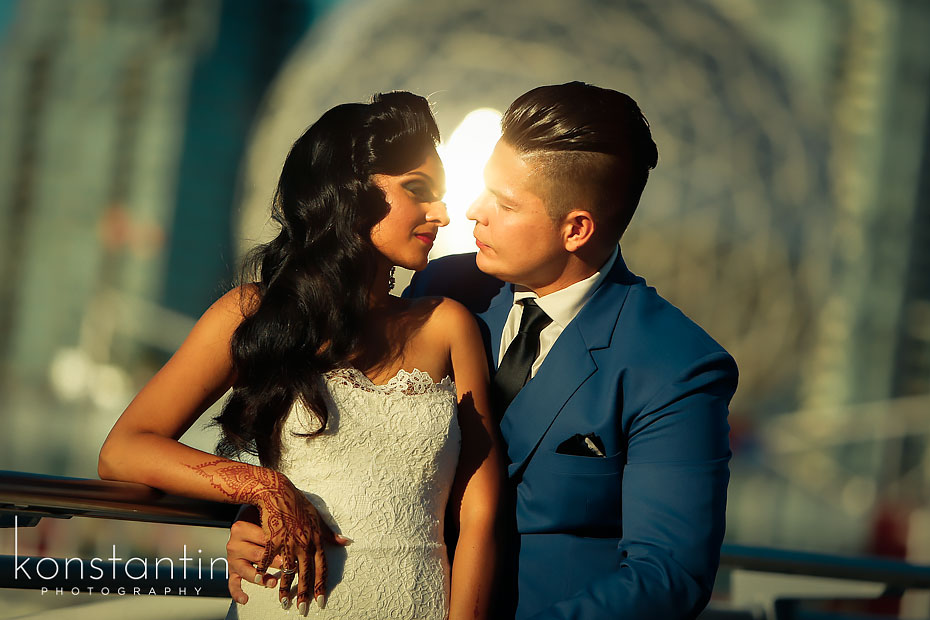 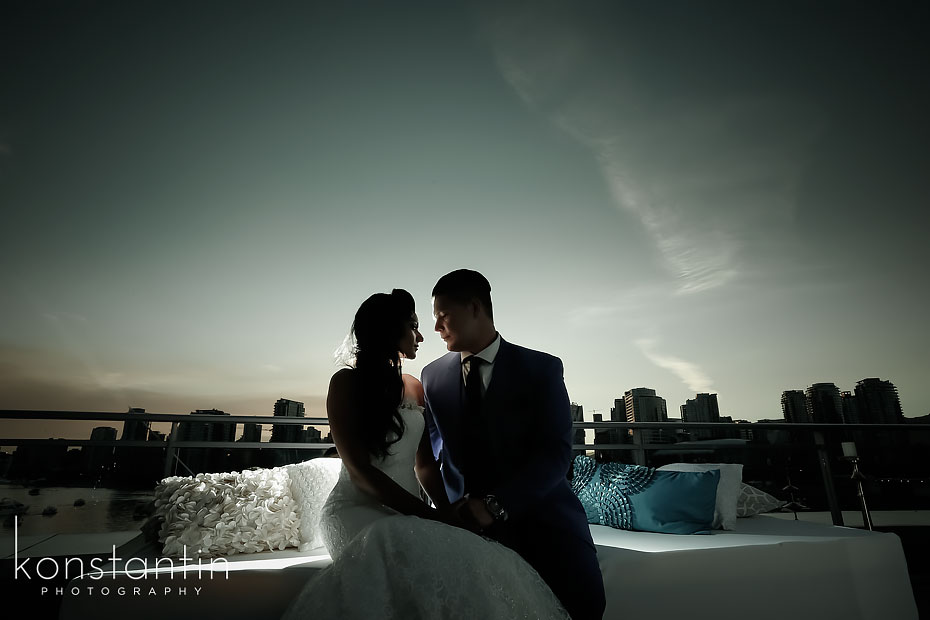 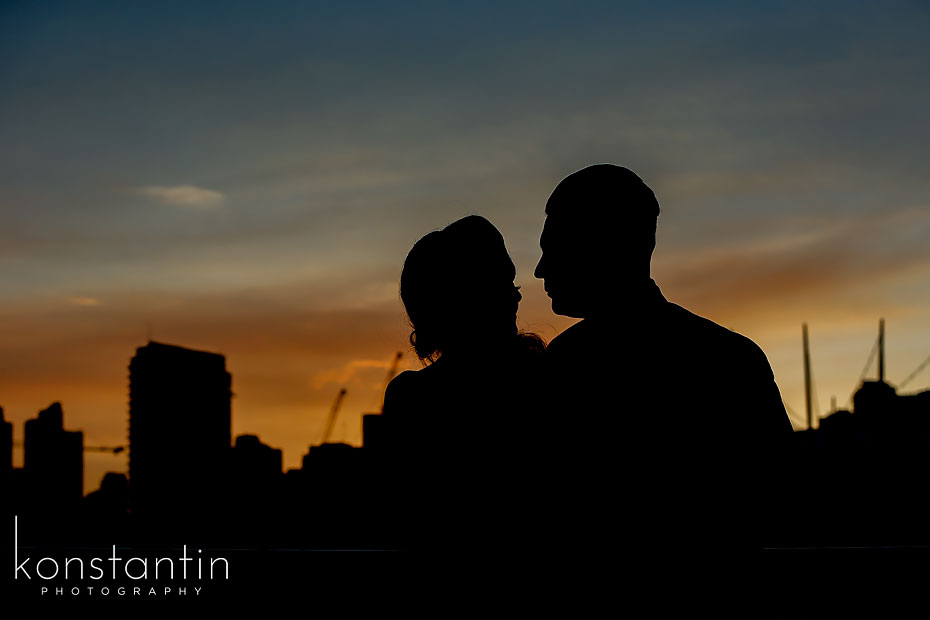 Michele Davidson, of Modern Celebrant, wrote a touching custom ceremony for the couple. Here are her words:

Brenna and James met seven years ago and started out as fun and supportive friends. Eventually though that friendship turned into something more – they fell in love! But there was a bit of a glitch…

Brenna was determined to fulfill her dream of moving overseas and seeing the world. She travelled to Australia but found herself miserable being apart from James. And he felt exactly the same way.

They say it was like missing a piece of their heart. So James left Vancouver behind and joined Brenna, the love of his life, in Australia. They’ve been exploring the world together ever since. They’ve seen twelve countries together so far, with many more to come.

Though that time of being away from each other was really hard, James and Brenna learned something very important – that their love for each other is constant and will endure through every up and down.

No wonder James wanted to propose to Brenna, and very romantically too with a beautiful Malaysian sunset as a backdrop! Luckily for James and for all of us… Brenna said YES! Now they’ve moved back to Vancouver and are happily building a life here surrounded by family and friends.

Today we were there to celebrate what they have created… a relationship that they say is electric, humorous, loving, adventurous, and timeless.

They have the same taste in so many things, and bring love and laughter into everything they do. James and Brenna are both blessed to have both grown up in culturally rich households with strong family values. Celebrating their ethnic backgrounds, cooking and eating new and interesting foods, and being with family are – and will continue to be – the centre of their life together.

Of course, it’s a given that they’ll keep on exploring the world together in adventurous ways! To the marriage they began today, each brings their own special qualities. Brenna’s passion and enthusiasm for exploration bring zest into their life.

She is a deeply caring woman and James is a loving and happy man. His openhearted humour shines in everything he does. With Brenna keeping them on track with their goals as a couple, James makes sure they don’t ignore the light and fun of life too.

Together they really are an unstoppable team! No couple ever knows the road that lies ahead of them. Marriage is a brave and mysterious journey. James and Brenna want to live, explore and experience it as one.